Biography: Russell R. Chianelli is currently Director of the Materials Research a ReadMore...

Russell R. Chianelli is currently Director of the Materials Research and Technology Institute at the University of Texas at El Paso and Professor of Chemistry, Materials and Environmental Science and Engineering. After receiving his PhD, he joined the Corporate Research Laboratories of Exxon Research and Engineering Co in 1974. While at this laboratory he conducted research in both fundamental and applied areas of interest to the energy industry. He is recognized worldwide for his work in Transition Metal Sulfide environmental catalytic materials. This work resulted in over 130 publications and 60 issued United States patents. During this period he was active in the Materials Research Society (MRS), serving as vice president (1989), president (1990), past president (1991) and Counselor (1992-1994). In 1996 he joined the Chemistry Department at the University of Texas at El Paso as Chairman and Professor of Chemistry and Environmental Sciences. In 2001 he resigned as Chemistry Department Chairman to head the Materials Research and Technology Institute (MRTI) at UTEP. The MRTI is dedicated to research relevant to the US/Mexico border in Materials related to energy, environment and health.

Research Interest: Material Science and the management of research and developm ReadMore...

Material Science and the management of research and development efforts. His most recent work has focused on the development of new catalysts and pigments primarily directed to the field of layered compounds.

Biography: Z A Mansurov is a General Director of the Institute of Combustion Prob ReadMore...

Z A Mansurov is a General Director of the Institute of Combustion Problems, Kazakhstan. His scientific activity includes study and investigations of kinetics and mechanisms of hydrocarbon combustion and structure of cool soothing flames: catalytic carbon formation and its applied aspects. In 2002, he received Diploma for discovery of “Phenomenon of low-temperature cool-flame soot formation”. His professional career includes longstanding activity in INTAS Council of Scientists (Representative from Kazakhstan); participation in various international conferences including NATO-Workshops, author of more than 600 scientific papers; Editor-in-Chief of “Eurasian Chemico-Technological Journal” indexed at Scopus and “Combustion and Plasmochemistry Journal”.

Hums studied in Berlin, Germany both chemical engineering and chemistry. He has completed his PhD at the University in Bayreuth, Germany. He was consulting technical innovations, support to R&D, patent/ license strategy and pioneering the development of the so-called plate-type catalyst for NOx abatement at the Siemens company. He was lecturing at the University Halle-Wittenberg/Germany. Thereafter he started consulting with companies and universities and serving as an editorial board member of Applied Catalysis B Environmental. He has been instrumental in assisting to achieve industrial collaboration in the emerging science area in South Africa on the fly ash side for UWC/ESKOM. He has published numerous patents, papers and articles.

Tereza Neuma Castro Dantas holds a Bachelor's degree in Chemistry from the Federal University of Ceará (1975), Master's Degree in Organic Chemistry for the same UFC (1979), Doctorate Third Cycle (1981) and PhD in Chemistry (1983), both by the Institut National Polytechnique de Toulouse, France. Member of European Academy of Sciences Arts and Literature. She is currently a teacher volunteer of the Universidade Federal do Rio Grande do Norte, working in teaching and research. Fellow in Research Productivity 1 B of CNPq. She is a professor of UNIRN and Executive Coordinator of the Primary Processing of Waste water - NUPPRAR/ UFRN/PETROBRAS. Holds the position of President of the Regional Council of Chemistry-XV Region. She is a member of the editorial board of the Brazilian Journal of Petroleum and Gas-BJPG. Has experience in the areas of Chemical Technology and Chemistry of Natural Products, working in the areas of Oil, Gas and Environment, involving applications with surfactant and microemulsions and nanoemulsions systems.

Biography: Antanas Juostas is a Doctor Service Development Manager in Baltics, at ReadMore...

Antanas Juostas is a Doctor Service Development Manager in Baltics, at Konekesko Lietuva Company in Lithuania. He completed Doctor of Science in 2012 under Dr. Lector at Institute of Agricultural Engineering and Safety, Aleksandras Stulginskis University (ASU). His dissertation was prepared at Institute of Power and Transport Machinery Engineering, Aleksandras Stulginskis University (ASU). His publications include 25 scientific publications and research interests include tractors parameters from dynamic, ecological and economical point of view.

Tractors parameters from dynamic, ecological and economical point of view.

Biography: Abdallah Sofiane Berrouk was awarded a PhD degree from The University ReadMore...

Abdallah Sofiane Berrouk was awarded a PhD degree from The University of Manchester (UK) in the area of Computational Fluid Dynamics (CFD) and turbulence modeling with particular emphasis on Large Eddy Simulation of turbulent multiphase flows. He holds several master degrees: Master of Engineering in Energetics, Master of Research in Solid Mechanics and Master of Science in Oil and Gas Management. He has eight years of university lecturing experience; six of them are postdoctoral. He taught different courses in different departments both at the undergraduate and graduate levels. He has supervised four Masters students and two Post-Doctoral Fellows. His domain of expertise covered: Computational Fluid Dynamics, Large Eddy Simulation, stochastic Modeling for Particle-laden Turbulent Flows, and Computational Flow Modeling for Chemical Reactor Engineering. He recently developed expertise towards sour gas sweetening, heavy oil processing and waste plastic gasification technologies. He is the leader of three industrial projects and co-principal investigator of other three industrial projects. During his academic career, He has published two books, three book chapters and more than 70 papers on his ongoing research work in peer-reviewed international journals, industrial magazines, and conference proceedings. He is recipient of many awards: Algerian Government Award (2001), Worldwide University Network Award (2005), Manchester Science Enterprise (2006), ADNOC R&D Bright Finding & Integration Research Pen Award for outstanding deliverables researchers (2013), and ADNOC R&D General Management Committee Award for outstanding technical support (2013). Dr Berrouk is a reviewer for different scientific journals and editorial board member for the American Journal of Fluid Dynamics. 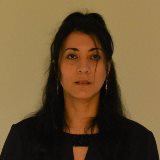 Anissa Bendjeriou-Sedjerari holds a Research Scientist position at King Abdullah University of Science and Technology (KAUST). In 2006, She was awarded a Doctor of Philosophy (PhD) in Chemistry and Materials Science from the University of Science and Technology of Montpellier (FRANCE). After a postdoc position at Caltech (Pasadena,USA) and Ecole Normale Superieure de Lyon (France), she integrated a scientist position at CNRS (Centre de Recherche Scientifique, France). Since 2011, she is extending her valuable services as a Research Scientist at KAUST Catalysis Center (KCC) in the Designs and Characterizations of Heterogeneous Catalysts applied to the C-H/C-C cleavage and activation (alkanes/olefins metathesis...) and dinitrogen activation at moderate temperature. She has been a recipient of many award and grants. Her research experience includes various programs, contributions and participation in different countries (South Africa, Poland, USA...) for diverse fields of study (materials chemistry, physico-chemistry of surfactant, heterogeneous catalysis...). Her research interests reflect in her wide range of publications in various national and international journals.

Biography: Meniai Abdeslam Hassen is a holder of BSc and MSc in Chemical Engineer ReadMore...

Meniai Abdeslam Hassen is a holder of BSc and MSc in Chemical Engineering from Aston University in Birmingham, Great Britain and PhD in Chemical Engineering from University of Manchester of Sciences and Technology, Great Britain. He is full Professor in Chemical Engineering since 1998. He has been an elected member of the Institution of Chemical Engineers (IChemE) as well as the Fluid Separation Group. He has authored more than 130 papers in this field, mainly concerning Molecular simulation, Separation Processes, Thermodynamics of phase equilibria, Optimization of chemical processes, Supercritical Fluid Processes. He has supervised to completion many PhD and a great number of Magister theses. He has been a member of a great number of international and national chemical engineering research projects. One of his main research achievements is the development of an original method for the three dimensional simulation of liquid mixtures coupling molecular modeling and the Monte Carlo simulation. He is one of the pioneers of the use of Molecular Graphics Systems (MGS) to develop a criteria fully based on fundamental calculations of molecular interaction energies for the molecular design and selection of solvents for liquid-liquid extraction. 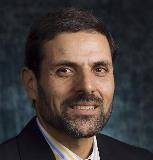